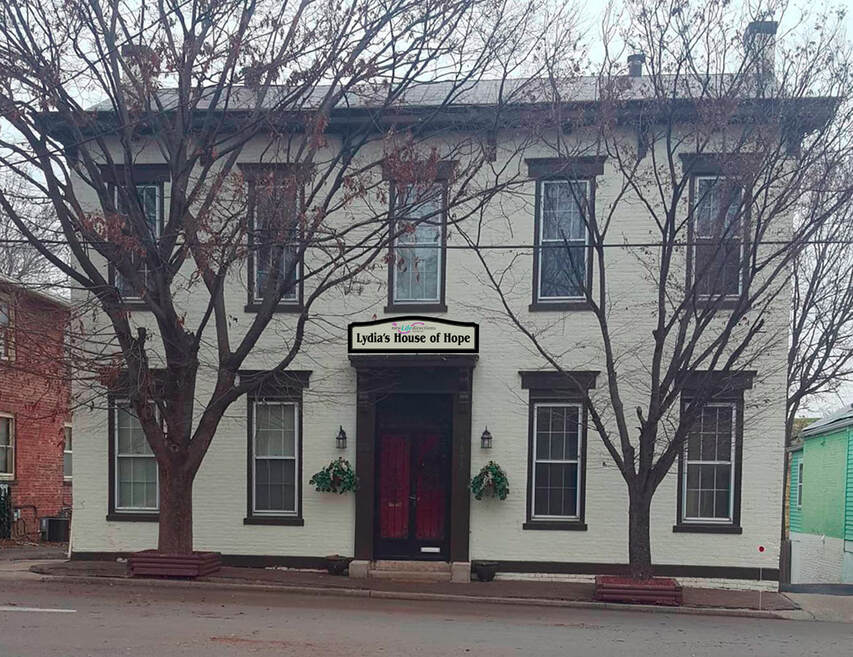 ​Lydia, one of the prominent women of Thyatira, is presented to us in various ways, namely--
​
As a Business Woman Lydia was a well-known seller of unique purple dye. (Acts 16:14 ) Lydia typifies a successful business woman in a prosperous city. Ability, enthusiasm, singleness of purpose and wise judgement were hers, and she prospered greatly in “selling purple.” Lydia was an example of an independent business woman who became prosperous in business, owned a spacious home, and had servants to care for her.

As a Devout Woman Lydia was a Jewish proselyte. “She worshipped God”. Lydia, in spite of all her secular obligations, found time daily to pray by the riverside. Lydia knew that in order to be successful she needed grace as well as knowledge.

As a Seeking Woman Lydia had a hunger for a deeper spiritual experience. She heard the truth of Christ from Paul in a small seated Jewish gathering. Lydia’s heart was opened to receive Christ as her Savior and her faith was born through hearing the Word of God (Psalm 119:18, 130; Luke 24:45 ).

As a Christian Woman - As evidence of her surrender to Christ she was baptized and her conversion was declared by a public confession. She immediately told her household and they were baptized as disciples of the same Savior. Thus Lydia had the honor of being Paul’s first European convert—the forerunner of a mighty host to honor the Lord. Becoming a Christian did not make Lydia less successful as a business woman but more successful, and much of her profit was used to assist His servants in the work of the Gospel.

As a Hospitable Woman Lydia’s transformation of life was evident by her eagerness to give missionaries the hospitality of her fine home. First came Lydia’s faith, then the winning of her servants to Christ, then her love in gracious hospitality, and finally her reception of Paul and Silas into her home after their discharge from prison. Even though they were bruised and battered she was not ashamed of the Lord’s prisoners (see 1 Timothy 5:10; Hebrews 13:2; 1 Peter 4:9).

As a Consecrated Woman Lydia always had an “open house” for the saints of God and her home became a center of Christian fellowship . When Paul came to write his letter to the Philippians, Lydia was included in Paul’s salutations (Philippians 1:1-7 ); and was also considered one of the women who labored with him in the Gospel. (Philippians 4:3 ) “Not slothful in business” Lydia knew that If her business was honorable and she was diligent in it, and if she was the Lord’s and honored Him in all her transactions, God would bless it. God places no premium upon idleness or indolence. Paul said that if we are not willing to work we have no right to eat. (2 Thessalonians 3:10) “Fervent in spirit” By God’s grace Lydia was able to thrive in her business interests and pursuits which were no bar to her spirituality. Too often, we allow the secular to rob us of our glow. Our affection becomes too set on things below. Always remember to “ Set your minds on things above, not on earthly things.” Colossians 3:12 “

Serving the Lord - Lydia not only sold her dyes—she served her Savior. She stayed in business that she might have the money to help God’s servants in their ministry. How her generous care of Paul and Silas, and of many others, must have cheered their hearts. Lydia was, first of all, a consecrated Christian, then a conscientious business woman who continued to sell her purple dyes for the glory of God. When we reach heaven, we shall find this “seller of purple” wearing more superior garments, robes not stained even with the notable dye of Thyatira, but “washed and made white in the blood of the Lamb.”
Contact Us To Learn More